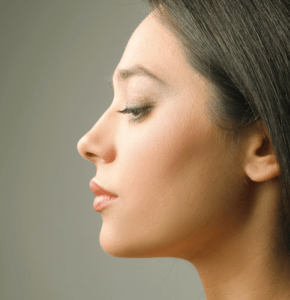 Polyps come in different sizes and colors. They can be brownish-yellow or pink. Initially, they look like teardrops, but after growing larger, they resemble grapes attached to a stem. Polyps can be present in either one or both the nostrils simultaneously. They can grow in isolation or clusters.

More significant polyps or polyp clusters can create breathing challenges and can impact the patient’s ability to smell. They can cause blockages in the sinuses and create problems such as recurring infections.

Based on the patient’s condition of nasal polyps, a cosmetic surgery expert will advise the appropriate treatment plan. Facial plastic and reconstructive surgeon Dr. Eric Yavrouian provides rhinoplasty to patients in Glendale, Pasadena, Burbank, Greater Los Angeles, Beverly Hills, CA, and surrounding communities and cities in this part of the state.

Who can get Nasal Polyps?

Between 4 to 40 percent of the population suffers from nasal polyps and they are two to four times more frequent in men than in women. Individuals who develop nasal polyps usually do so as youth or middle-aged adults.

An experienced surgeon will be able to determine the diagnosis often just by asking the patient about their symptoms and assessing their nose condition. Polyps are typically noticed with the help of a lighted device.

Furthermore, the surgeon may prescribe these tests:

The following treatments are often used to treat nasal polyps:

The surgeon may ask the patient to use nose drops or a steroid spray. This will help reduce the inflammation in the polyps. This course of treatment is fairly standard for patients with a single or multiple small polyps. The side effects of this treatment include:

If larger polyps or serious inflammation is present, then the patient may require steroid pills. These pills could be prescribed to be used independently or with a nasal spray. Steroids are highly effective in reducing the size of polyps. However, using steroids could cause complications such as putting on weight. The patient should only use them for some weeks and not more.

The surgeon will prescribe a surgical procedure if the polyps are quite large or in case other treatments have not been effective.

This is a standard procedure to eliminate polyps. The patient receives the procedure under general or local anesthesia. A narrow, long pipe with a camera attached to it is placed in the patient’s sinuses and nose.

Then the polyps are extracted with the help of micro-telescopes and surgical tools. At times, the surgeon may even cut out small fragments of bone in the nose to clear any nasal obstructions.

The surgeon may prescribe a corticosteroid nose spray to the patient to avoid any chances of recurrence. Facial plastic and reconstructive surgeon Dr. Eric Yavrouian receives patients from Glendale, Pasadena, Burbank, Greater Los Angeles, Beverly Hills, CA, and other communities and suburbs in this region of the nation for rhinoplasty. 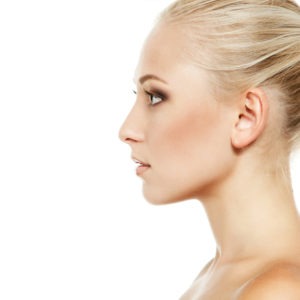 Nose fractures make up almost 40 percent of the injuries to the bone in facial trauma cases. The treatment starts with primary care.

This involves assessing the extent of the injury, accurately understanding what lead to the injury, and determining the state of the nose and face prior to the injury. A successful and trained surgeon who can perform rhinoplasty cosmetic surgery may provide appropriate treatment for nasal fractures.

There are several kinds of nasal fractures. If left untreated, these fractures can lead to obstructions in breathing and a deformed or crooked nose. Fractures can happen at any place in the nasal “bony pyramid.” This is the pyramid-like and bony structure that extends from the face. Diverse fractures need different kinds of osteotomy to rejoin or reset the bones.

This type of fracture happens along the edges of the nasal bones. Greenstick fractures frequently occur in children whose delicate bones are developing and are incredibly flexible. Therefore, these types of fractures are usually partial instead of completely broken bones.

This is a more serious fracture which leads to the septum and bridge of the nose to collapse and become conclave into the face. This produces a saddle-type shape which is apparent when the face is seen in profile. This condition occurs due to reasons such as acute trauma to the face or breakdown of cartilage because of snorting drugs such as cocaine.

To address such cases, the surgeon will incorporate rib bone tissue from a donor or cartilage to recreate the septum and bridge.

This type of fracture happens when a bone disintegrates into three pieces or more. The surgeon will remove surplus bone pieces which may cause severe complications if left untreated. The bones in the nose will be aligned as well. This condition is standard for serious injuries or in aged patients with weak bones.

In certain instances, serious injury can lead to damage to the bones that lie behind the nose, also known as maxillae. The maxillae comprise of two bones that make up the palate and upper jaw and provide support to nasal structures. These fractures are called Le Fort fractures and are categorized into three variants.

This fracture extends from the nasal bridge to the mouth corners in an inverted V shape. Le Fort III fractures involve the orbital sockets which refer to the bones around the eyes.

Le Fort fractures are a severe condition. They need immediate treatment as they can cause long-term damage to the palate and the brain. A judicious surgeon who can carry out this type of cosmetic surgery can address these fractures through rhinoplasty. 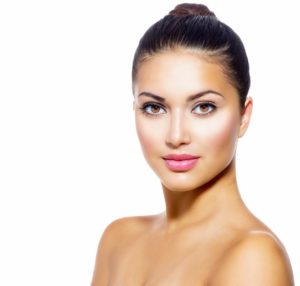 Rhinoplasty cosmetic surgery can be used to correct enlarged turbinates. These are long, narrow bones that that project outwards from the sides of the septum inside the nasal cavity.

At the time of initial consultation, the surgeon will examine the patient’s condition and determine their candidacy for enlarged turbinates surgery. Facial plastic and reconstructive surgeon Dr. Eric Yavrouian provides rhinoplasty to patients in Glendale, Pasadena, Burbank, Greater Los Angeles, Beverly Hills, CA, and surrounding locations in this part of the country.

Turbinate rhinoplasty can help correct turbinates that have developed inflammation due to irritants and allergies. In specific instances, a turbinate can become narrower due to a deviated septum pushing it onto one side. Consequently, the turbinate in the other passageway in the nose becomes larger to make up for the narrower turbinate which causes even more breathing obstruction.

While some surgeons favor correcting enlarged turbinates by taking out tissue to reduce their size, others do not eliminate any tissue. Instead, these surgeons fracture the turbinates in the outward direction. Turbinates create moisture and warm the air that enters the nose facilitating proper breathing.

Sometimes removing these turbinates causes a painful condition known as atrophic rhinitis. However, when a surgeon fractures a turbinate outwards and away from the septum, and sets it in place, it creates bigger passageway. This improves the process of breathing and helps the patient benefit from properly functioning turbinates.

A part of the turbinate can be removed using alternate procedures. In such cases, it is vital that sufficient turbinate is left remaining. This will ensure that the remaining turbinate can humidify and warm the air while breathing.

A technique known as submucosal resection is a standard procedure that is used to correct enlarged turbinates. In this method, the turbinate lining is left as it is, while the “stuffing” from within turbinate is eliminated.

Deviated septum is a common problem, which can be corrected with rhinoplasty cosmetic surgery. Once the surgeon has diagnosed the precise nature and extent of the deviated septum, they can create a customized surgical plan to correct it.

What is Septum Deviation?

The septum divides the nasal cavity into two tapering passageways starting from the upper area of the nose where it links to the nostrils. The septum comprises of various sections of bone and cartilage. The lower part of the septum sits on the anterior nasal spine. This is a supportive bone you can feel in the area where your nose meets the upper lip.

The deviation of the septum refers to development or shift to a single side of the nasal cavity instead of demarcating two identical passageways. The septum can bend to one side, creating an S-shape or bend in the shape of a bow forming a C-shape. These kinds of deviated septum can restrict airflow gradually damaging the delicate tissues in the nose.

While some people have a deviated septum since birth, others can develop it due to an injury to the nose. This can pose a problem in breathing. A deviated septum can also lead to recurring facial pain and nosebleeds. The only way to address a deviated septum is through rhinoplasty cosmetic surgery.

The time taken for a septoplasty surgery usually ranges between 30 and 90 minutes. The actual duration of the surgery depends on the complexity of the deviated septum. The patient and surgeon can discuss whether the procedure will be performed under general or local anesthesia depending on what will produce the best results.

In a typical procedure, the surgeon places an incision on one area on the nose to gain access to the septum. The surgeon will then ease the deviated septum to the correct position. Barriers such as cartilage or useless pieces of bone are removed. The final step entails the repositioning of the mucous membrane.

Septoplasty is carried out as an outpatient surgery unless a significant complication occurs, so the patient can return home on the day of the surgery itself. The nose will be painful, inflamed, and stuffed with cotton to prevent bleeding. This packing can be taken out within a day or two after the procedure.