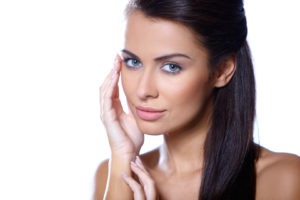 A rhinoplasty cosmetic surgery is a suitable procedure for people who have a slightly crooked nose or a nose that has shifted to one side. A nose surgeon can straighten the nose by eliminating some bone or cartilage or moving the tissue manually.

The rhinoplasty surgeon may place a splint (similar to placing a splint in case of a broken nose after functional nose surgery) to ensure that the nose remains in the correct position while it heals.

The level of nose crookedness depends on the cause behind it. In general, a crooked nose is only an aesthetic issue. However, it can also lead to breathing problems in some cases.

What causes a Crooked Nose?

This can develop due to a variety of reasons, such as:

The nose will assume an I, S, or C-shape, depending on the reason for the crookedness.

In addition to causing nose crookedness, a deviated septum can also lead to:

A 2015 research study indicates that regardless of the technique used, rhinoplasty can effectively straighten crooked noses in patients with or without facial symmetry. The similar appearance of both halves of the face is known as facial symmetry.

A crooked nose is a common condition which occurs due to a deviated septum or past injury. Interestingly, nearly 80 percent of people have some form of septal deviation. The patient should seek a suitable treatment option if their crooked nose is causing breathing problems or major aesthetic issues.