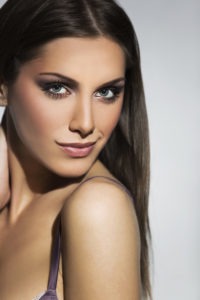 One of the surgical maneuvers in rhinoplasty involves ‘deprojection’ of the nasal tip. Notably, only surgeons who are truly specialist’s in rhinoplasty and revision rhinoplasty cosmetic surgery should employ this technique.

Deprojection means the reduction of the nasal tip projection to make the nose appear more harmonious and proportionate with the rest of the face.

What is Nasal Tip Projection?

The nasal tip projection essentially means how far out the tip protrudes from the face when the profile is viewed. It is the distance that it extends outward from where it meets the upper lip to its tip. In case this tip projects too far out, it can significantly impact the appearance of the nose.

Conversely, under-projected noses may appear too shallow which can make the nose look quite small in proportion to other features of the face.

How the Projection is corrected?

Rhinoplasty for an Over-Projected Tip

This means that it may be necessary to decrease the bridge height while drawing the tip of the nose closer to the face.

Specific rhinoplasty terminologies that pertain to this form of nasal tip deprojection technique include crural overlay, domal truncation, and vertical dome division. In other rhinoplasty cases, the surgeon detaches the complete lower lateral cartilage, moves it, and re-attaches it to attain the desired alteration in the projection on the tip.

According to the rhinoplasty surgeon’s skills and experience, both techniques can be effectively utilized through the open or closed rhinoplasty approach.

In many cases where the nasal tip is being deprojected, the nose also requires slight rotation to preserve the correct aesthetic balance. To a certain degree, this rotation is directly proportional to the level of tip deprojection being done.