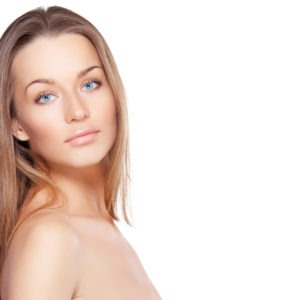 Nose projection is the distance that it projects outward from the point where it connects the upper lip to its tip.

If the tip is too protuberant, it can have a significant impact on the overall appearance of the nose. But if the nose under-projects, it will appear too shallow and excessively small relative to other facial characteristics.

They will push it forward and suture it into a refined position. If there is inadequate cartilage in the nasal tip, the surgeon may use a cartilage graft to augment it.

Correcting an Over Projected Nose

Individuals with over-projected noses which protrude too far out from their face can undergo corrective surgery which involves trimming away the cartilage at the nose tip. This surgery, also known as nasal de-projection or retro-displacement, moves the nasal tip back to offer it a more attractive appearance.

Correcting an Under Projected Nose

The surgeon will extend the nose cartilage to re-project a nose which is under-projected. They can achieve this goal through two approaches, depending on the nasal anatomy. One approach involves shaving away the nasal cartilage and suturing it up to create a better nasal projection.

The second technique involves the surgeon taking a cartilage graft from another body area with adequate cartilage availability and using it to enhance the projection of the nose.

The cartilage grafts may be called columellar struts when used to support the columella which divides the nostrils. If the patient is undergoing a revision nose surgery, there may be inadequate septum cartilage.

Ear cartilage is quite elastic. For this reason, it is considered to be beneficial in providing support to the nasal tip. A common cartilage graft from the ear will be thicker relative to septum cartilage. But it may help develop a nose tip that feels more natural rather than one that is rigid and solid due to the elasticity.

Costal or rib cartilage is also considered a viable option for primary rhinoplasty patients. Ear or septal cartilage is commonly used in tip refinement. But at times, the surgeon may use rib cartilage as well.

Men considering nose projection rhinoplasty may have concerns about their nose looking too feminine after the procedure. However, a judicious and skilled facial plastic surgeon can make sure that the male aesthetic of the nose is preserved while improving the nose projection simultaneously.

A nose projection surgery can effectively enhance the nose shape will preserving its masculine appearance for men who do not want to undergo a “full rhinoplasty.”