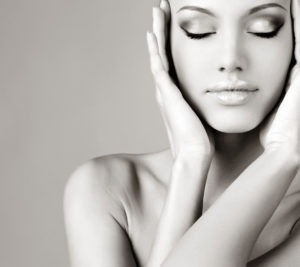 In case the nasal tip lacks definition or is too defined, it may not have a proper rotation. The upward or downward tilt of the nasal tip is called rotation.

The surgeon will reshape the cartilage to develop a more desirable nose tip. During this procedure, they will pay close attention to the nasal base as it impacts the tension and rotation.

What is Nose Tip Rhinoplasty?

Nasal tip rhinoplasty refers to a cosmetic surgery procedure undertaken on the lower third part of the nose. This is an intricate procedure where the rhinoplasty surgeon should be highly experienced and skilled as well as have an in-depth understanding of the nasal anatomy.

Nasal tip refinement is not only a cosmetic procedure but also a medical necessity at times. For instance, sometimes the patient may experience breathing issues either in their routine life or when sleeping because of an abnormally shaped nasal tip.

Sinus infections may also develop due to an abnormal nasal tip. Some patients also suffer from speech issues because of an abnormally shaped nose tip.

Nasal tip refinement can be undertaken either by itself or as an alternative to rhinoplasty for various reasons. However, patients usually undergo this procedure to correct a fuller or “bulbous” nasal tip.

Some patients may find that their natural nose structure to be unattractive such as patients with “hooked noses, noses that droop at the tip, or upturned noses. Nasal tip refinement has a slimming effect on the face in general.

A bulbous or wide nose often occurs because of a combination of thick nose skin and large nasal domes that are spaced apart widely. In many cases, a thick ligament or fat may separate the nasal domes.

The plastic surgeon will modify the soft tissue and move the domes closer to correct this condition. They may need to place a graft on the nasal tip itself for patients with thick skin to give the nose better definition. The surgeon may also shave off or tweak the cartilage structure beneath the skin to make the nasal tip narrower.

The nasal tip refinement surgery is much less invasive in comparison to a full rhinoplasty. The inner structure of the nose undergoes significant modification in a traditional rhinoplasty. This may include fracturing the nasal bones which will lead to a longer recovery phase.

But nasal tip refinement usually involves only two to three incisions allowing the surgeon to access the cartilage in that area. The surgeon will seal the incisions after reshaping the nose. In addition, this procedure involves a relatively shorter recovery period.

For patients who are good candidates for tip refinement surgery, it usually offers a suitable alternative to “full” rhinoplasty surgery.